Momma Goldberg’s Deli opened in 1976 in Auburn, a college town in Southeastern Alabama. The original location still operates on the corner of Magnolia Avenue and Donahue Drive remaining an Auburn landmark and tradition.

For 40 years now, Momma Goldberg’s has proven to be a successful player in the fast-casual dining market. Vast arrays of customers have grown accustomed to our delicious food and a relaxed, sociable atmosphere. The “old school” deli theme allows customers to create their own sandwiches and salads as well as choose from the appetizing specialty menu. All sandwiches, soups, and salads are made with the freshest ingredients, ensuring a high-quality dining experience.

Momma Goldberg’s has always been a family business. Founder Don DeMent was a hands-on operator and his can-do attitude often spread to his family. Don’s brother, Mike, has been an active employee by means of his graphic design career, starting with the Momma Goldberg’s logo and continuing today by designing menu boards. Mike also helped run stores in Auburn and Columbus in the 1980s. Two of Don’s sons, David and Jason, both worked at Momma G’s off and on during their youth as well.

In 2007, when the phone rang and the gentleman on the other end had an interesting inquiry, it was Jason who first took the call. He spoke with the enthusiastic Hal Craig for several minutes before going to get Don. Jason told Don the Auburn graduate on the phone wanted to discuss the possibility of franchising.

“Tell him I’m too old to work that hard and I’m not interested,” Don said. Jason returned to the phone call and after chatting with Hal for several more minutes, he passed the phone to Don telling him he would have to be the one to say no. Persistence and passion paid off, and Don agreed to think about it.

Next, it was Don’s turn to make a phone call. For years he and his nephew Keith Schilleci, who worked at Magnolia during his time in college, had talked about working together again. He asked Keith if he would be willing to take a leap of faith, work harder than he has ever worked and become the president of Momma G’s Inc. Keith accepted, and in April 2007, the second Auburn location was opened on Thach Avenue.

The opening of Homewood was followed by a location in Tuscaloosa in August 2008. The next few years were full steam ahead with a flurry of activity. From October 2008 through December 2013 a total of 23 locations were opened. In 2014, five more locations began operating.

“Balancing all the moving parts that go along with franchising a restaurant—being a start-up business, forming an infrastructure, writing manuals, opening stores—there was rarely a dull moment,” Keith said. “Looking back on those humble beginnings with a small office and staff on Thach Avenue in Auburn, it’s hard to believe how far we’ve come.”

In fact, much has changed since 2014. In December, Don decided the time had come to fully retire. Nick Davis, an original shareholder since 2007, purchased the majority shares of Momma G’s Inc. and became president of the company.

Nick is no stranger to the brand. He first came to love it as an Auburn student and later as a longtime friend of Don and Betty’s. In 2009, he became a bigger part of Momma’s family as owner of the Magnolia location and Momma Goldberg’s Deli Too on Thach Avenue with exclusive rights to a 25 mile radius of the Magnolia location. He opened additional locations the following two years.

“Don and I began talking about the future of Momma G’s, Inc., in September 2014, and being heavily invested in the brand and franchise already, it was a natural fit,” Nick said. “Don and Betty created a place that’s not just good food and a good atmosphere, but also an Auburn icon. There is a core group of customers who are extremely loyal to the brand.”

Within the past year, the corporate office relocated to the Restaurant Support Center in Gainesville, Fla., and the leadership team has grown from three to more than a dozen. Most of the staff have worked together in some fashion for years, and together they have decades of industry experience. This dynamic makes for a strong infrastructure and steady support system. “There are many great things about this brand. A favorite aspect of mine is the true passion people feel for Momma Goldberg’s,” Nick said.

He recalls attending store openings where the lines wrapped around the block, and people were greeting Don with smiles and tears of joy—shaking his hand and asking to have a picture taken with him.“Seeing how the fans of Momma Goldberg’s have reacted to locations opening in their area was unlike anything I’ve ever experienced,” he said. “They were so happy to now have the same Momma’s Love and Momma’s Nachos they once had in Auburn in their hometowns.”

That same passion extends from the brand to the team members and customers and it continues to push Momma G’s forward into a new era. 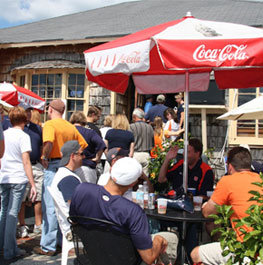 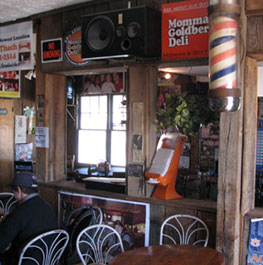 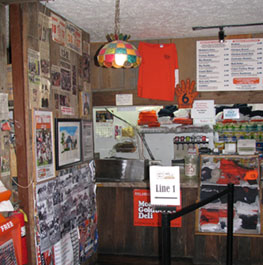 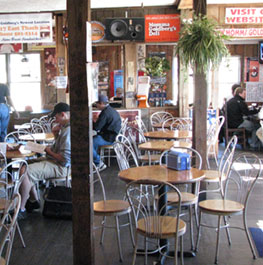 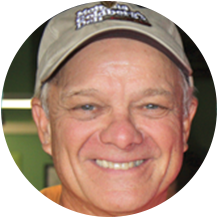 Don DeMent built Momma Goldberg’s upon a foundation of honesty and hard work. By drawing from past experiences and sensing future trends, the business continues to grow and thrive.

Don graduated from Auburn University in 1963. He moved to Birmingham, Ala., and worked in the competitive retail clothing business at the beginning of his career. Eventually he found his way back to the town of Auburn and he opened his own men’s clothing store.

It was while operating his men’s clothing store that Don noticed the lack of variety in local food establishments. At the time, most Auburn restaurants were the sit-down, country-cooking type or your typical burger and fries places. He felt college students and local residents would enjoy a new choice in cuisine. Momma Goldberg’s was created as a result.

In September 2009, Don reached yet another crossroad. After 33 years in business, the time had come for “an old restaurateur” to retire. Don sold the two Auburn locations with rights to open a third to longtime friend and fellow restaurateur, Nick Davis. Nick brings years of experience and a vast knowledge of the industry to Momma’s family. He and his brother, Mike, are partners in operating the Auburn locations. Mike also brings years of restaurant experience and knowledge, which benefits Momma Goldberg’s Deli as a whole.

Opened a location in Columbus.

Auburn location is on the cutting-edge of entertainment bringing in classic arcade games like Pac Man and Galactic.

Opened a location in Cashiers, NC.

Successfully developed our own branded Momma's Sauce, which is used on all signature sandwiches.

Stores opened in Tuscaloosa and LaGrange.

Two stores opened in Columbus, GA, as well as new locations in Huntsville, Troy and a third Auburn location. This location, off of South College, was also the first to have a drive thru window.

Opened locations in Alabaster; Newnan, GA; Boaz, AL; and Trussville. Boaz is the second location with a drive thru window.

Added infrastructure and key players to our corporate staff. We initiated a plan to own 11 corporate stores by June 1.

Where we are located and where we plan to grow

Take the simple step to learn more about our brand opportunity

A PHP Error was encountered